Historic districtin the heart of Lyon 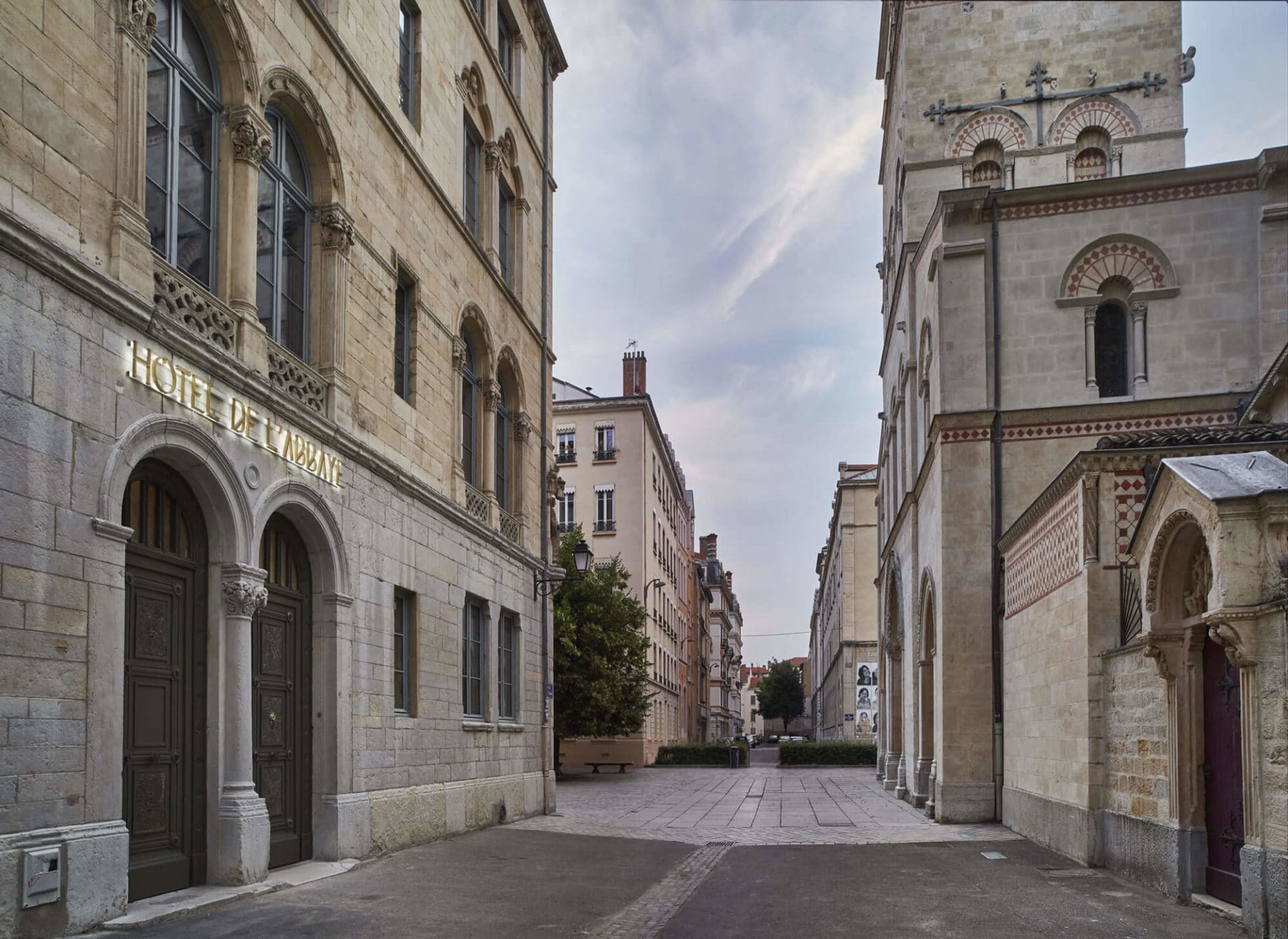 In 1852, the architect Claude-Anthelme Benoit built the presbytery of the famous Saint-Martin Basilica, located in Ainay, one of the districts of Lyon most likely to bear witness to the city's history. 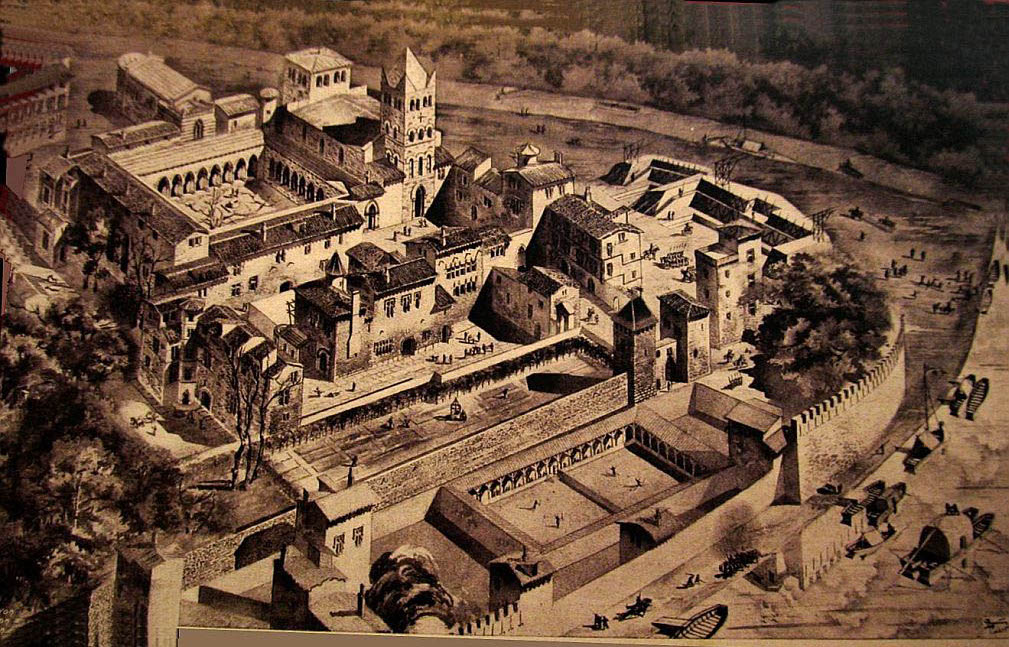 In 1905, the municipality decided to transform this presbytery into a public and secular school for boys. 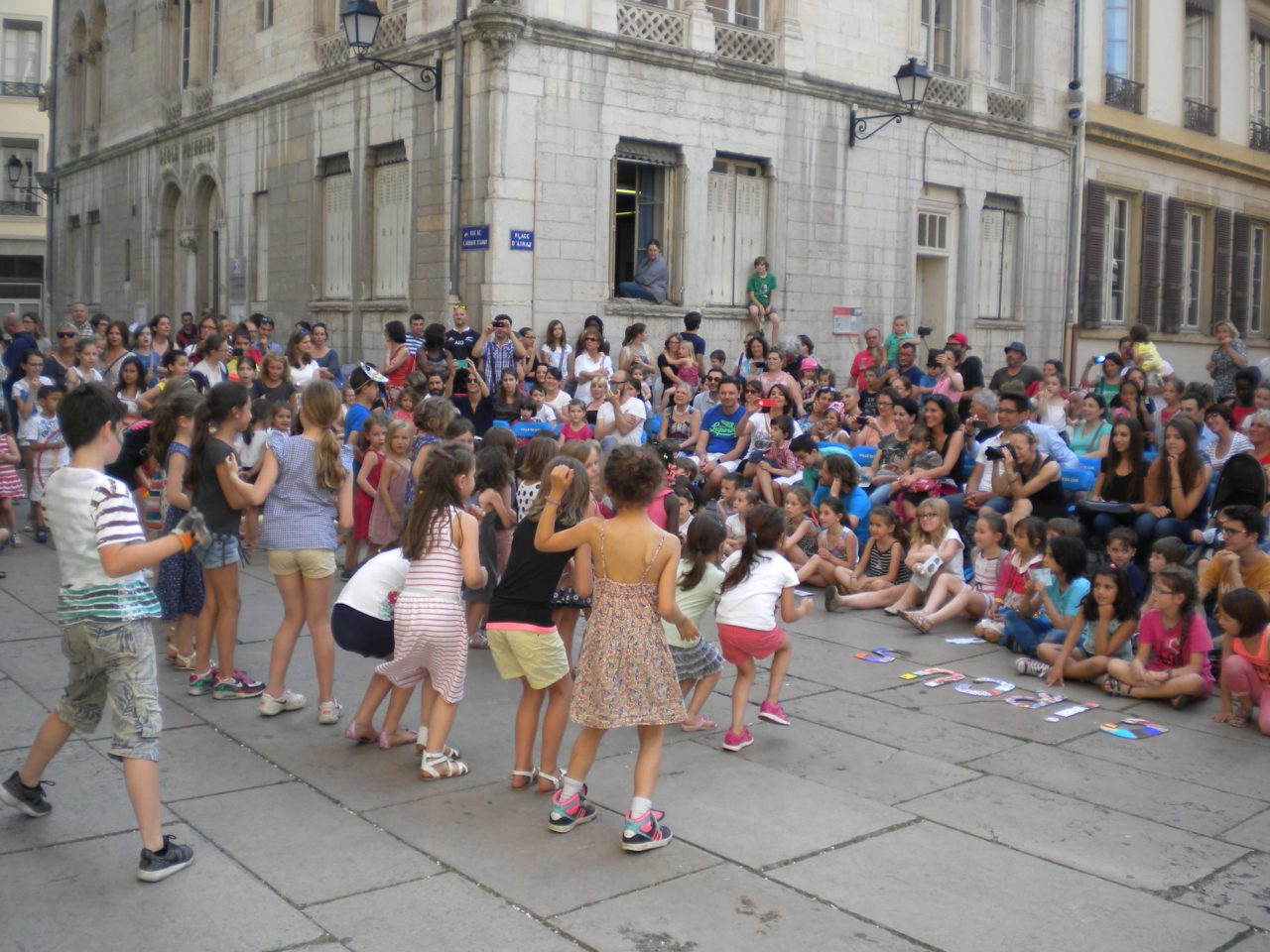 The Hospices de Lyon decided to sell the building at an auction. Arthur Laeuffer acquired the property. 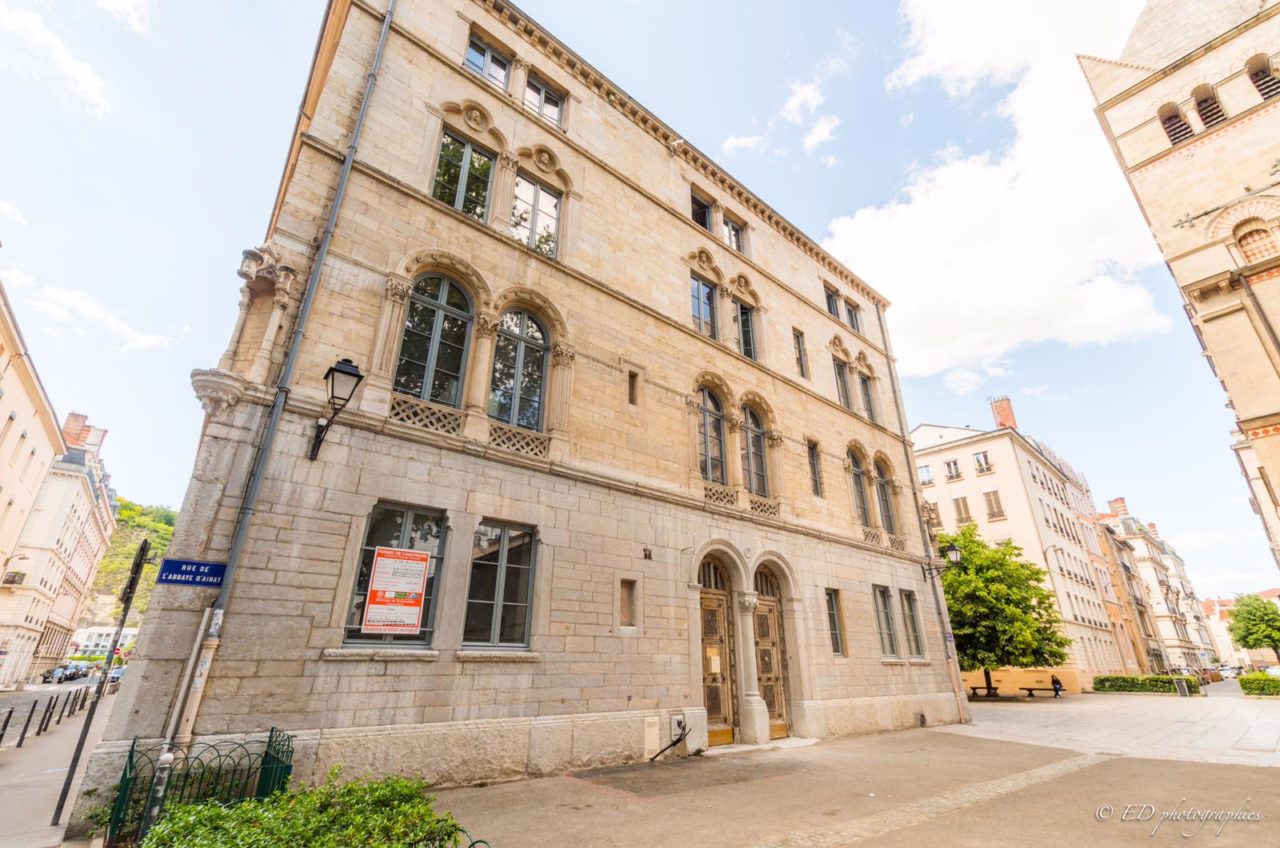 Work begins and the building is transformed into a 4-star boutique hotel, with the participation of designers Maison Hand. 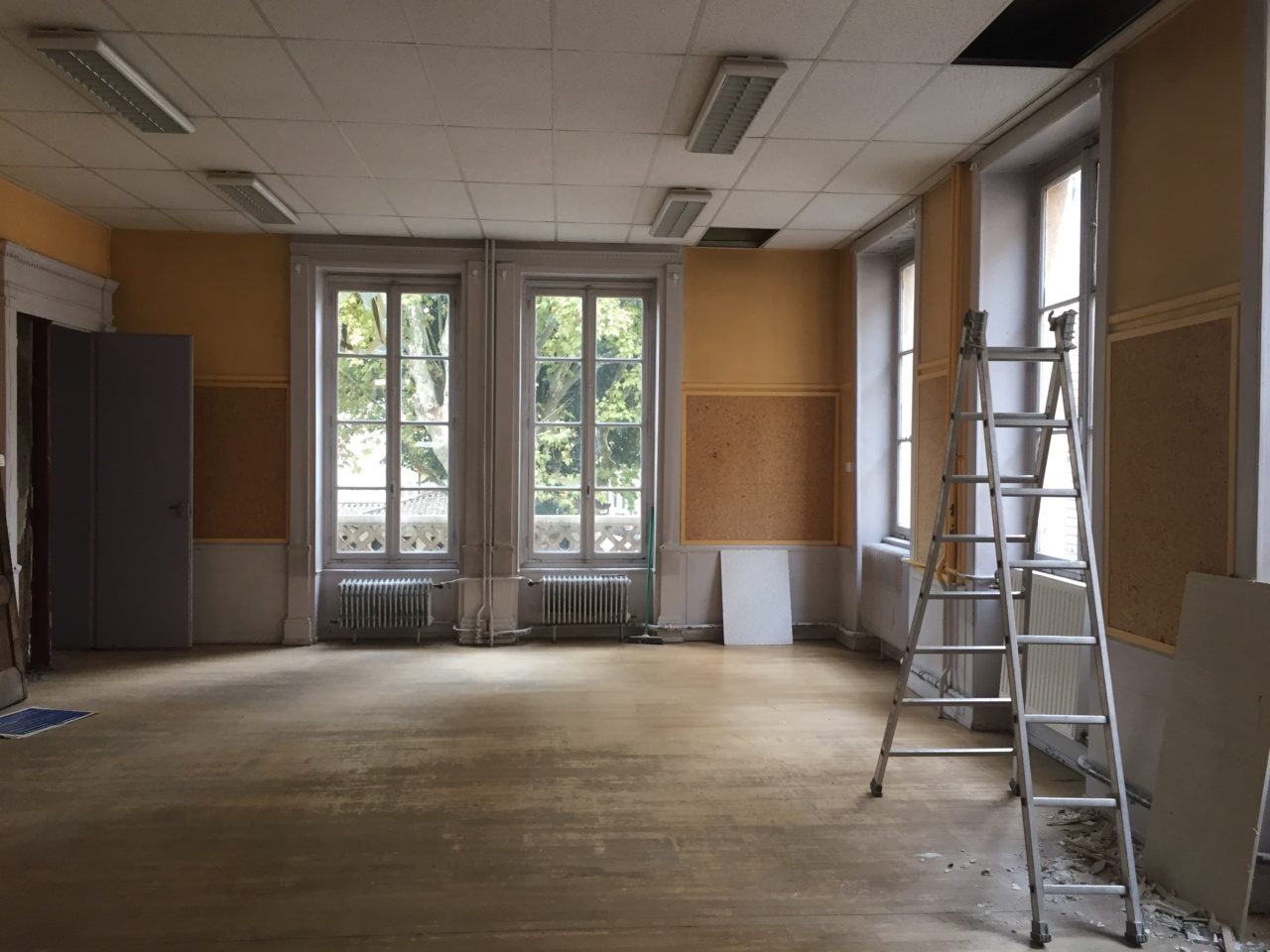 The Abbey Hotel opens its doors: a charming and intimate place where you feel at home, combining historical heritage and interior design. 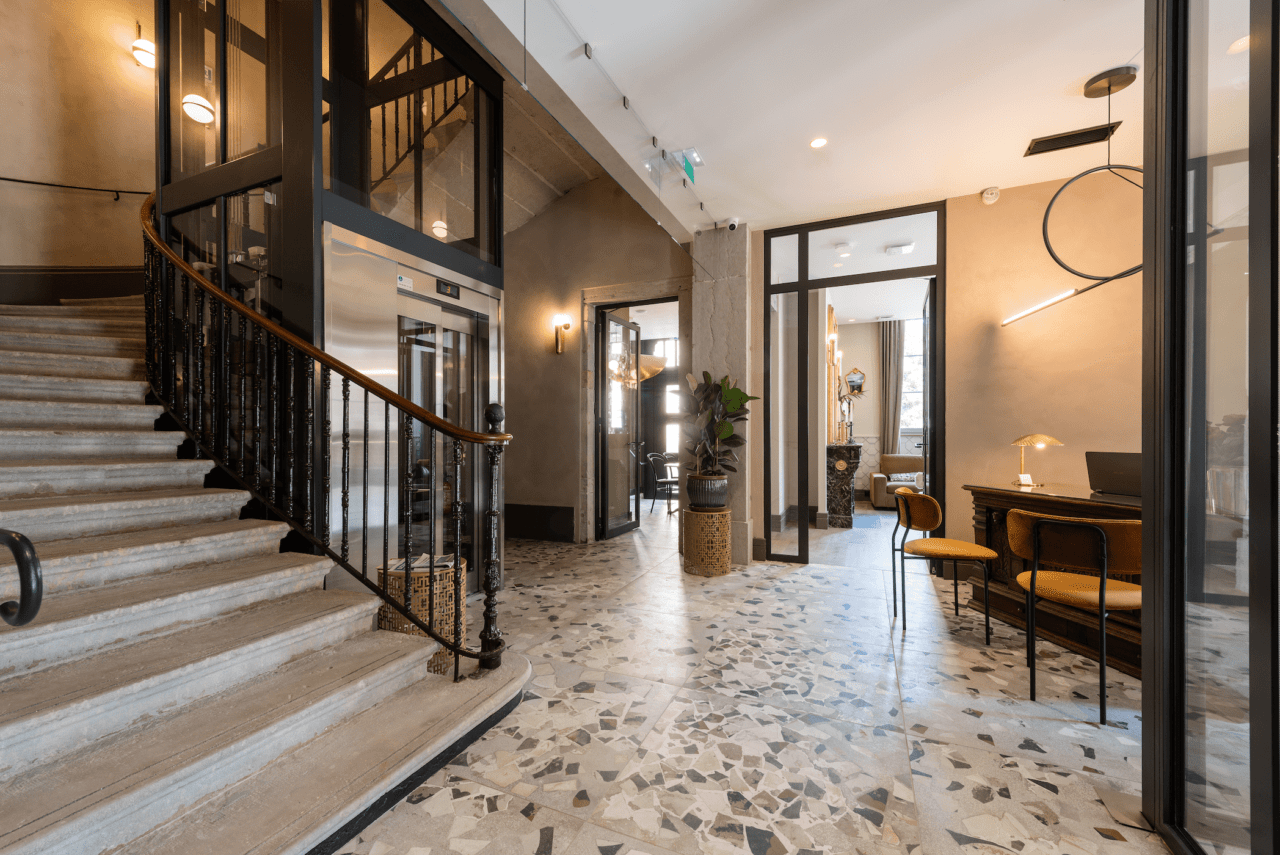 With its basilica, its vault, and the remains of its majestic ramparts, the Ainay district reveals new treasures at every street corner. This little piece of the peninsula has been able to transform itself while preserving its soul of yesteryear. The history of Ainay is undoubtedly linked to that of the majestic Saint-Martin d'Ainay basilica, a testimony to Romanesque art, built in the 12th century. From one street to the next, Ainay reveals its singular faces.

Ainay is historically the district of the aristocracy in the 18th century and then of the Lyon bourgeoisie in the 19th century. It begins at the Perrache station and extends to Bellecour.
The "village spirit" of the district has for decades won the loyalty of many Lyonnais families, as well as craftsmen, welcoming shops, cafés full of people every morning and restaurants ready to delight the most gourmands.
The main axis of this district is the Victor-Hugo pedestrian street, which is always lively with its many shops. 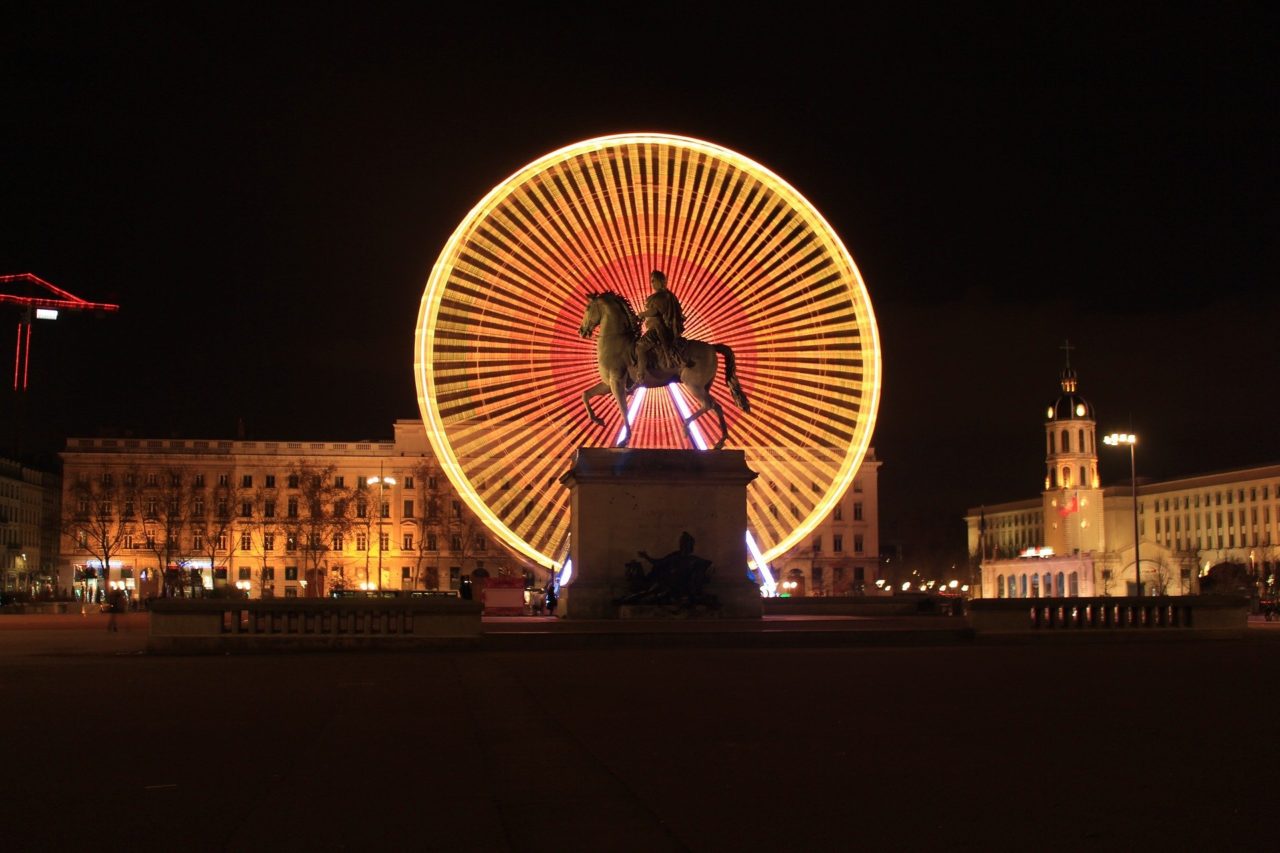 On the Saône side, the Maréchal-Joffre quay is lined with beautiful 19th century buildings, with a superb view of the river and the Fourvière hill.
From the famous Place d'Ainay, at the foot of our hotel, you can walk to the quays of the Saône, passing under the famous Ainay vault.
Stately entrance doors, sublime crowned facades and pretty windows with capitals set the tone. 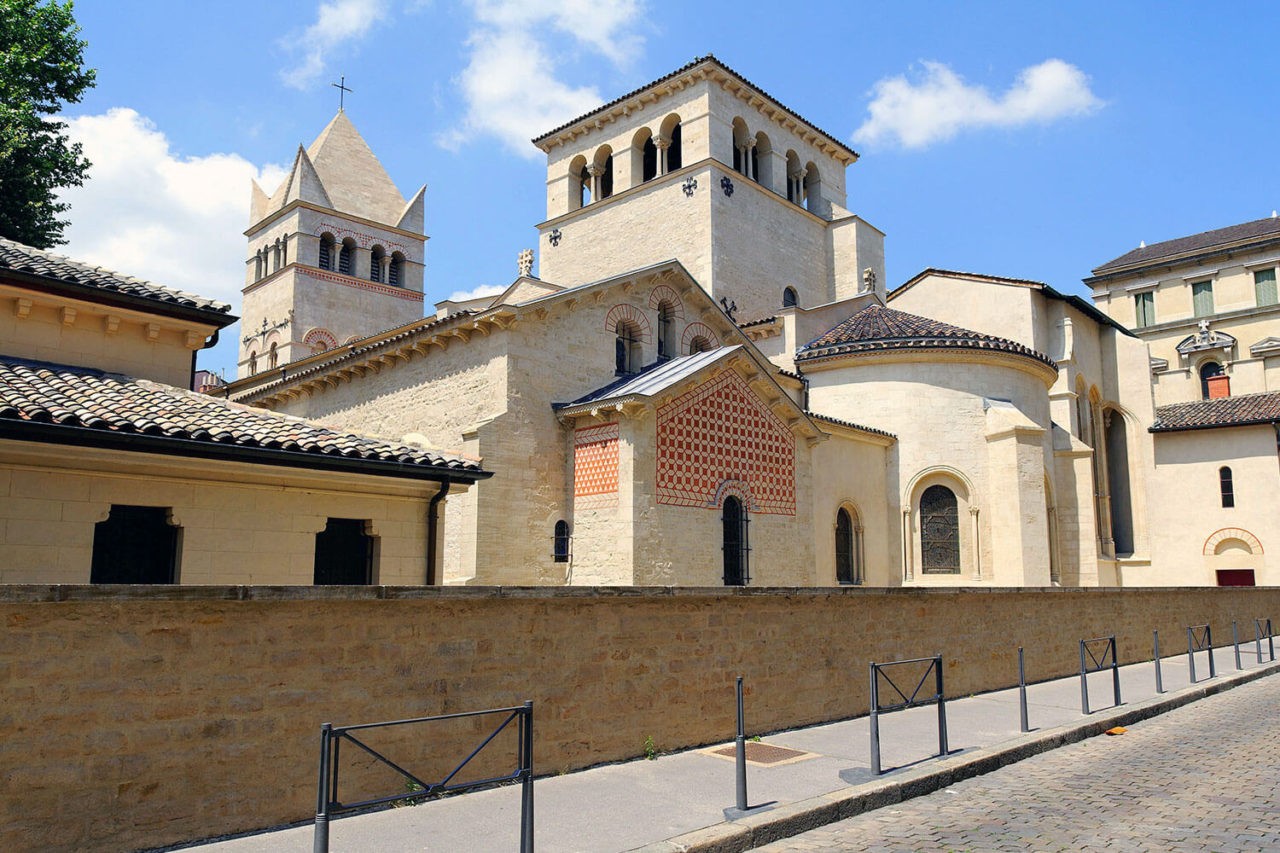 Parallel to the Quai de Saône, you can take rue Vaubecour, which is home to a number of local shops. As for rue Sala, dating from 1504, it is one of the oldest communication routes in the district, following a Gallo-Roman route.
In the 18th century, many congregations were established in convents and monasteries. 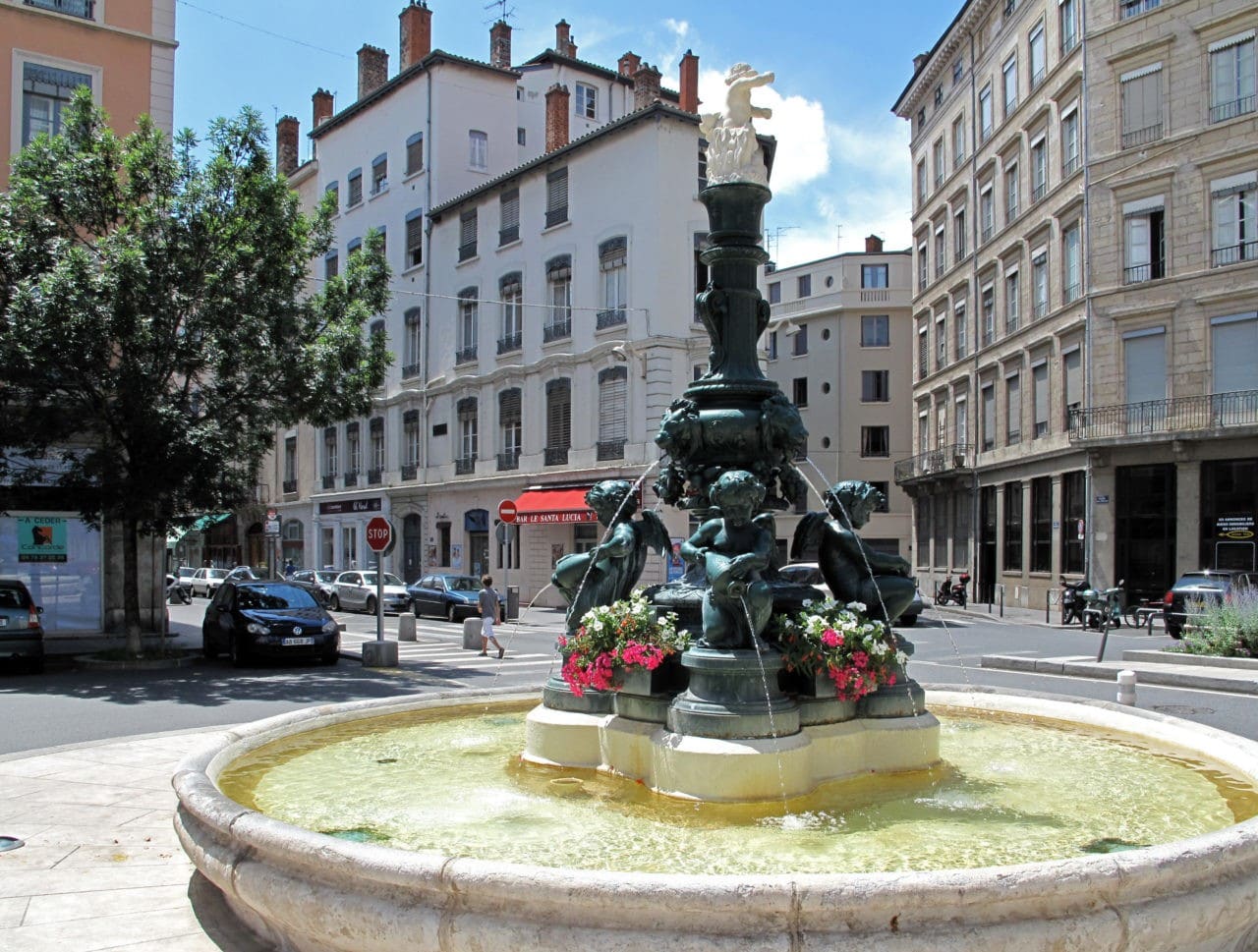 Rue Auguste Comte, famous for its antique shops, is home to small ready-to-wear boutiques and famous Lyon decoration and design brands.
It is the meeting place for collectors, decorators and art lovers. 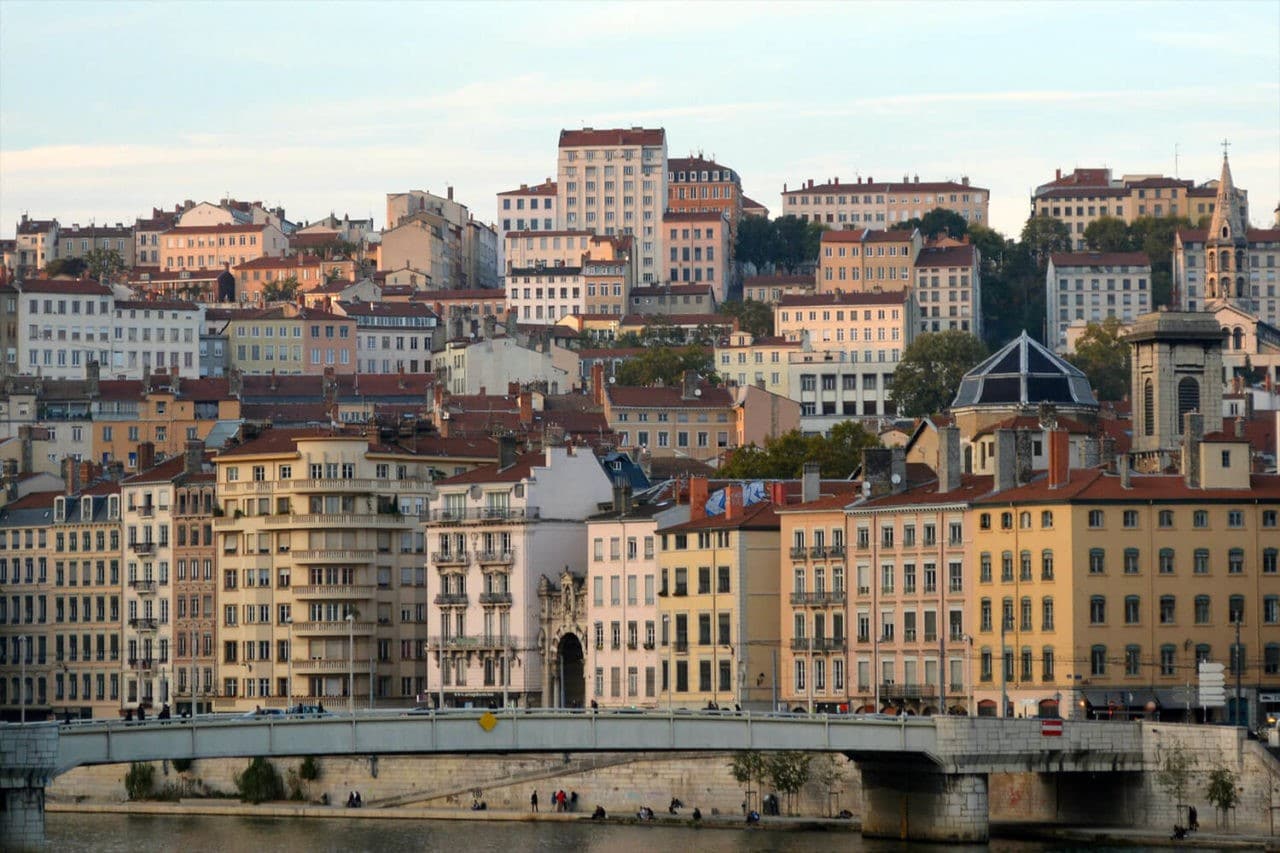 Also to be discovered...

Our rooms and services 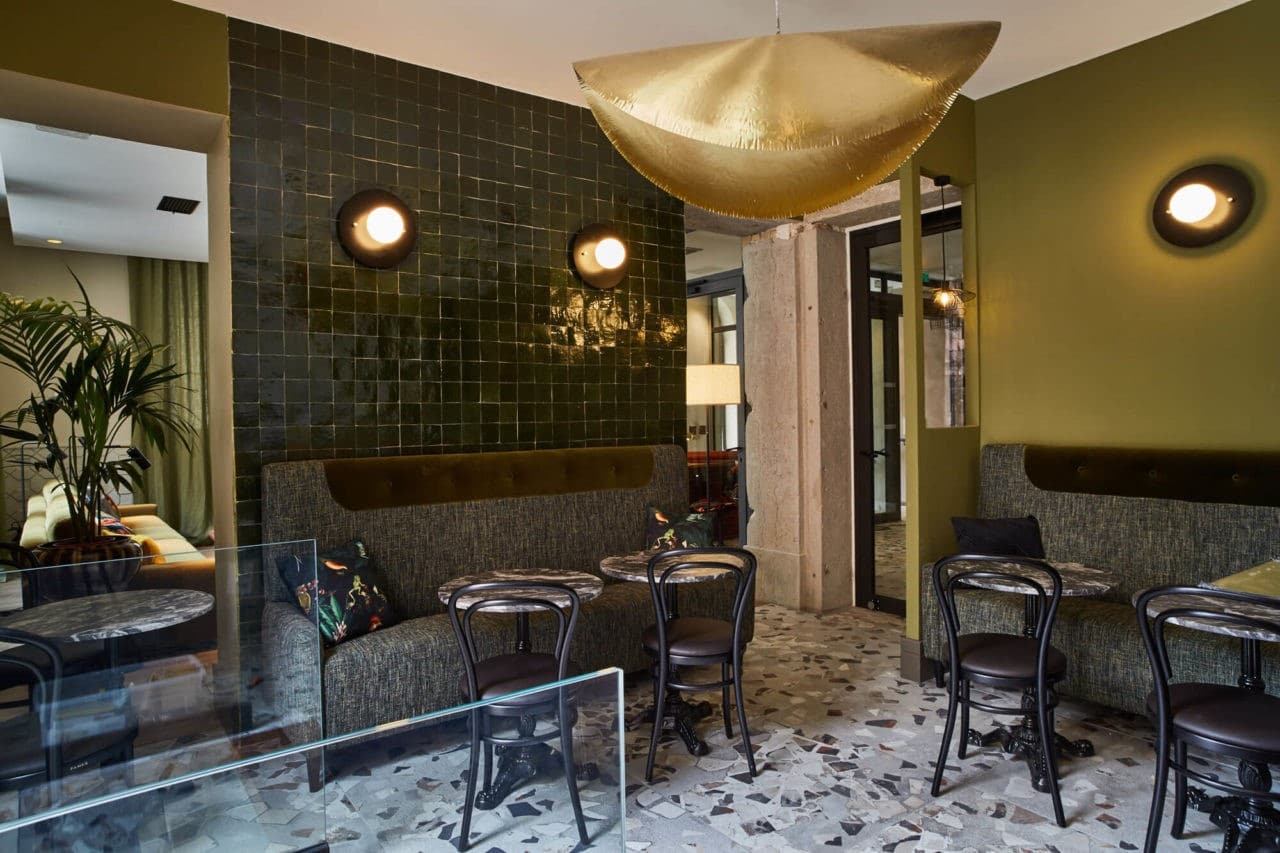 Our news and events 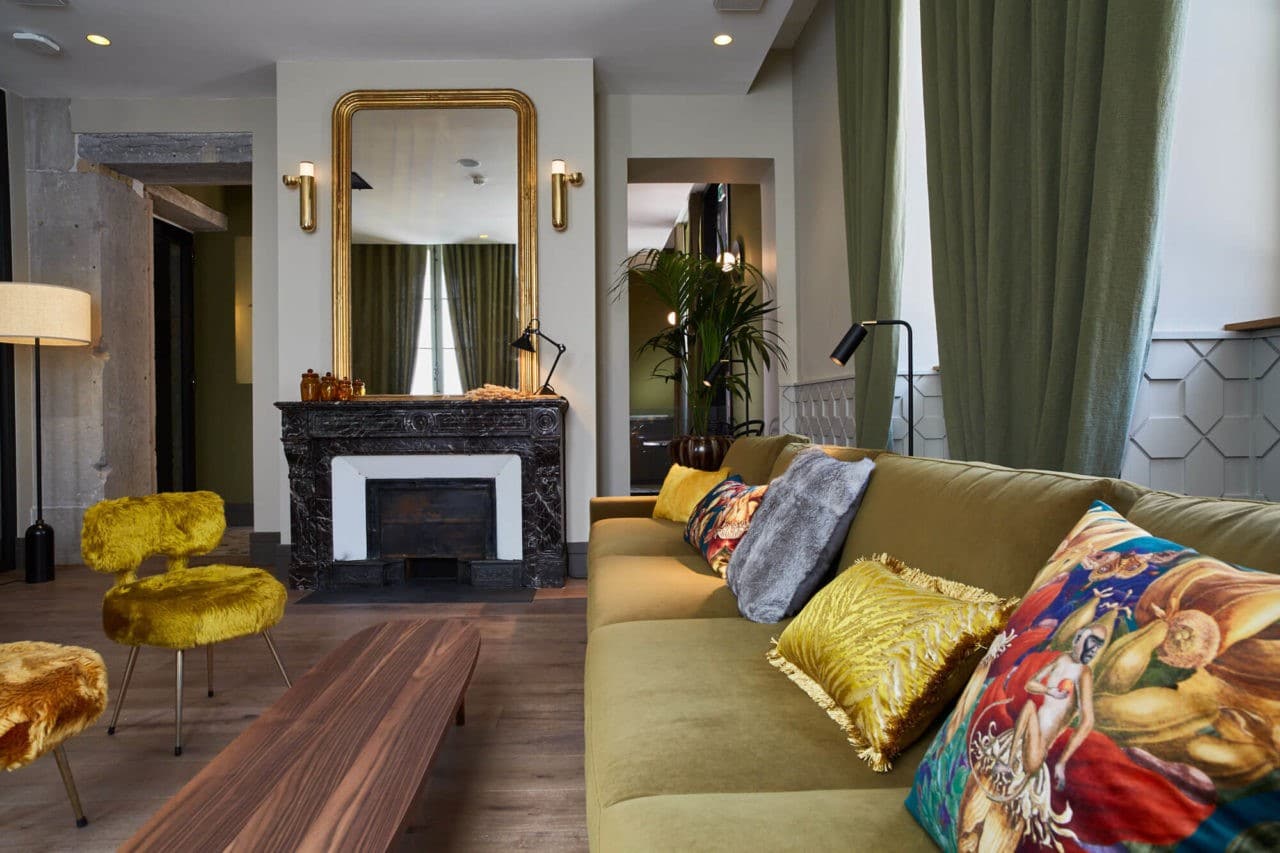 You have not yet booked your room for

Our partner @loccitane_fr accompanies you

Start your day off right with a little

A cool and soothing night in a Lyon setting

Enjoy your breakfast in peace, as soon as you

And every lunchtime from Tuesday to Friday, a menu at 24 euros